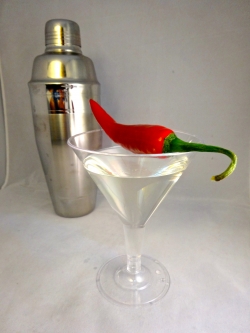 Ever heard of Chilli Vodka? It'll soon be a household name. By heating the vodka with the chillies in it, you accelerate the infusion process. And it's so much better using the Anova. Why? If you did this over a stove, you'd lose some of the alcohol through evaporation. Going Sous Vide means everything stays in tact.